The Germans are coming! To snoop around and control the Greeks; because they are – as always – under suspicion of lying and cheating. With good reason! Joerg Geissner, employee of the Munich AVA bank, arrives on the Greek island Paladiki to check a loan granted some years ago. He has the suspicion that the hospital and power station set as collateral do not exist at all. But the Greeks aren’t foolish: Geissner, constantly accompanied by German-Greek Panos, a clever gigolo who ensures that Geissner won’t be too fast with his investigations, shall come and prove that there are no collaterals at all. An odyssey begins for the bank employee, him against the rest of the island. But the more Geissner gets to know about Paladiki’s people, the more he becomes aware of the significance of his own role: The result of his visit will settle the future of the island. So Geissner has to ask himself to whom he really feels responsible – the bank or the people of Paladiki. 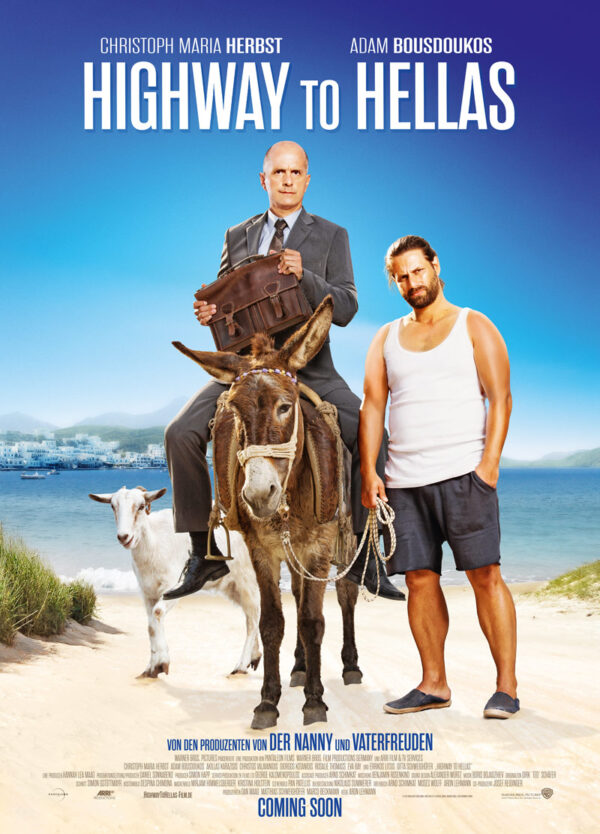