THE WHOLE SHEBANG is the story of an encounter of some very diverse people, whose lives are intertwined by a fateful incident a long time ago. It’s a melancholic comedy about mothers and daughters, about love’s ups and downs and the shortcomings of alternative and middle-class live concepts. It’s about the absurdity of modern travelling and our everlasting longing for the south. Can you book happiness just like a holiday – all inclusive?

APPLE (NADJA UHL) owes her peculiar first name to her mother Ingrid (HANNELORE ELSNER). Never again does she want to live the chaotic life of her childhood. In 1967, in Spain in a tent at a hippie beach, when Apple`s mother had a passionate love affair with KARL. Now, thirty years later, APPLE’s love life is a mere disaster, her only friend and confidant being her dog. Ingrid, the once topless queen of the beach, still a free spirit, returns as a package holiday tourist to Torremolinos. The hippie beachhas gone and she hardly recognizes the place, now distorted by hideous new hotels, invasive animators and partying youths. An encounter with a refugee, landing by boat and the acquaintance with TIM, a gender bender (HINNERK SCHÖNEMANN) force Ingrid to reflect on her past. When Apple arrives in Spain to visit her mother, she is in for a big surprise. 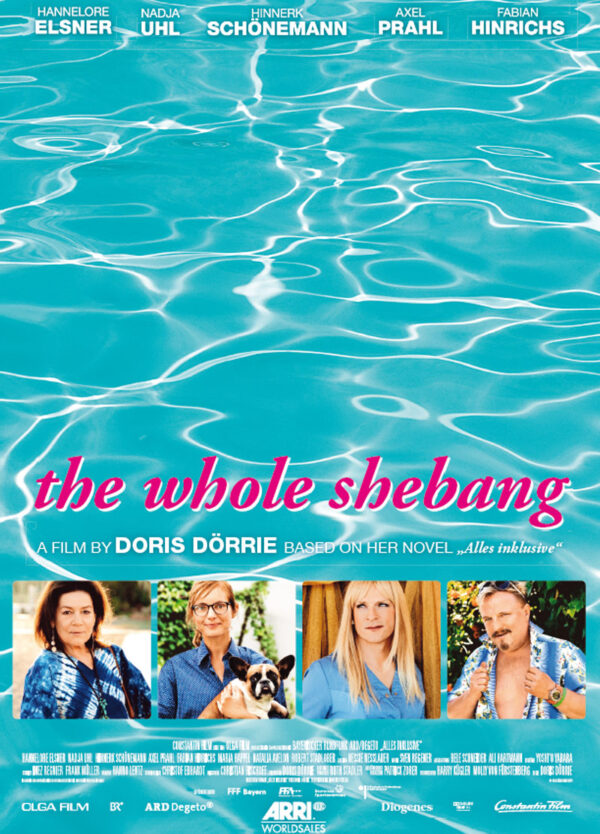