After their glorious win against the Baracudas, the V8 team got closer to a place at the legendary „Castle“, where kids get teached in racing.

However, Robins father Rasmus V. Eight is hard on their heels. He still wants to get the control over his son and much more to ban the secret racings. Meanwhile, the V8 team has to deal with a new competing racing team, the crazy Nitros, who kidnap Robin and force him to drive against his own team.Can V8 win without Robin against the Nitros and will Rasmus V. Eight stop the racings? 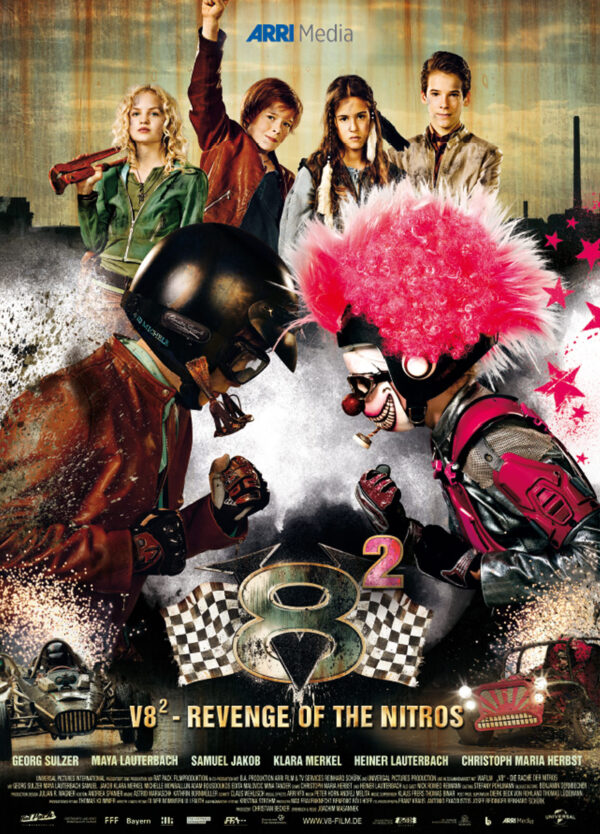